REVOL THROUGHOUT THE CENTURIES

We have never been so proud and happy to be a French and family-owned company.
The recent trials we have been through confirm more than ever the usefulness of keeping our know-how in France, faithful to our roots, our 250 employees and our history which began in 1768 in Saint-Uze.

What did the workshop produce? Back in those days, the bulk of the market was the manufacture of jugs called “cruchons”, made of fine sandstone, which served to bottle and sell alcohol, especially beer. The market was flourishing and it wasn’t long before trade took off abroad. We found out that in 1834, more than 150,000 jugs were sent out to the largest cities in France as well as to Northern Europe and the Maghreb.

It seems the Revols were quick to show a spirit of great creativity and excellence! After launching an innovative technique for the manufacture of culinary porcelain, the firm embarked upon a bold new project: that of producing functional, hygienic and elegant tableware. The 1870s saw the advent of a new decorative process using stamps, thus making decorative tableware much more affordable.

In the 1870s, the factory’s industrial success allows it to commercialise more than 80 different models. This sales catalogues confirm the Revol’s ambition to make “hygienic products for all”, and to provide a variety of products for different uses. Here, you can see cooking utensils – cooking pot, saucepan, stew-pot, cloche and all kinds of serving dishes – that were once used in our ancestors’ kitchens.

1915 – A PIGGY BANK SHAPED LIKE A BOMB, OF REGISTERED DESIGN

How does the First World War affect the Revol company? The factory is requisitioned by the army to manufacture parts made of acid-resistant sandstone for gunpowder works. This capacity of resistance had been recognised as early as 1801 at the Exhibition of the products of French industry. The workers are now called back from the front to return to their posts at Revol: this time, however, they’re manufacturing entirely different products. While this is going on, a number of satirical ceramic pieces are made, such as this bomb-shaped piggy bank, the model of which is registered in 1915.

1937 – WATERCOLOUR DESIGN OF THE RICARD PITCHER

The Ricard pitcher holds a special place among the cult objects made by Revol throughout its history. Forced to diversify during the interwar period, the factory enters the bistro market. France’s bistros are where the people gather; they’re the scene of popular history. The yellow pitcher becomes an emblem of this, permeating French culture for a long time afterwards, even though few people know it was created by Revol!

Note the pride with which this 1937 catalogue promotes the company’s status as manufacturers! Culinary porcelain, otherwise known as “soft-paste porcelain”, is still at the core of Revol’s productions. The products you can see here are the essentials for everyday cooking. Note the egg platter that Revol has recently brought back into fashion.

1955 – ADVERTISEMENT FOR THE JEAN LUCE COLLECTION, MANUFACTURED BY REVOL

The post-war period is a time of renewal, not just in terms of restructuring of the workshops, but also in terms of ideas: Revol launches a new creative process. Renowned designers such as Jean Luce call on the company to go into the manufacture of inventive new product ranges. The advert shown here appeared in La Maison Française in 1955. It shows off the advantages of a new lifestyle made possible by culinary porcelain, which can go straight from the oven to the dining table.

Pleated, square, squat or filiform, multicolored or monochrome, sophisticated and rustic … The shapes are as eclectic as the unique raw material! The generous and delightful palette of Revol creations over time is a wonderful example of the creative, decorative or culinary richness that has contributed to the magic of our tables for generations.

You liked this article ? You will like those products : 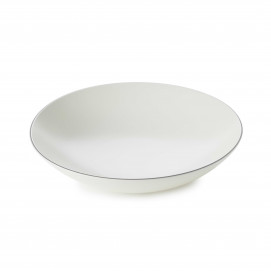 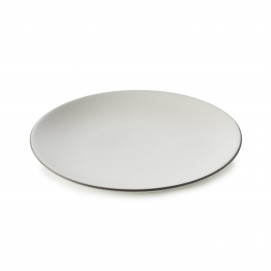 We use cookies on our website to give you the most relevant experience by remembering your preferences and repeat visits. By clicking “Accept All”, you consent to the use of ALL the cookies. However, you may visit "Cookie Settings" to provide a controlled consent.
Cookie SettingsAccept All
Manage consent

This website uses cookies to improve your experience while you navigate through the website. Out of these, the cookies that are categorized as necessary are stored on your browser as they are essential for the working of basic functionalities of the website. We also use third-party cookies that help us analyze and understand how you use this website. These cookies will be stored in your browser only with your consent. You also have the option to opt-out of these cookies. But opting out of some of these cookies may affect your browsing experience.
SAVE & ACCEPT
Menu